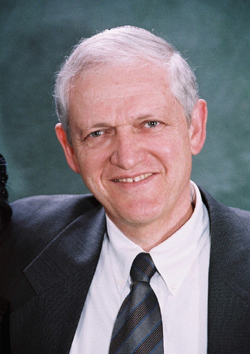 In recent years, many researchers have concluded that one reason for the widespread poor statistics of project results is the wide gap between research and practice. The overall objective of Laufer’s research was to develop a practice-based theory of project management. To this end, he collected firsthand data on the practices of project managers, and believing that management is best learned by emulating exemplary role models, he studies focused on the best practitioners in their respective organizations.

Alex has significant consulting experience and has worked with a number of leading organizations including Boldt, Motorola, NASA, Parsons Brinckerhoff, Procter & Gamble, Skanska, and Turner Construction Company. Laufer is also the co-author of a monthly blog: Living Order: On becoming a project leader, http://living-order.blogspot.co.il/

Alex Laufer is the author or coauthor of six books; the two most recent ones are Mastering the Leadership Role in Project Management: Practices that Deliver Remarkable Results (FT Press, 2012) and Breaking the Code of Project Management (Macmillan, 2009). Currently, Alex Laufer together with three other co-authors are working on a new book: Becoming A Project Leader: Blending Planning, Agility and Resilience.